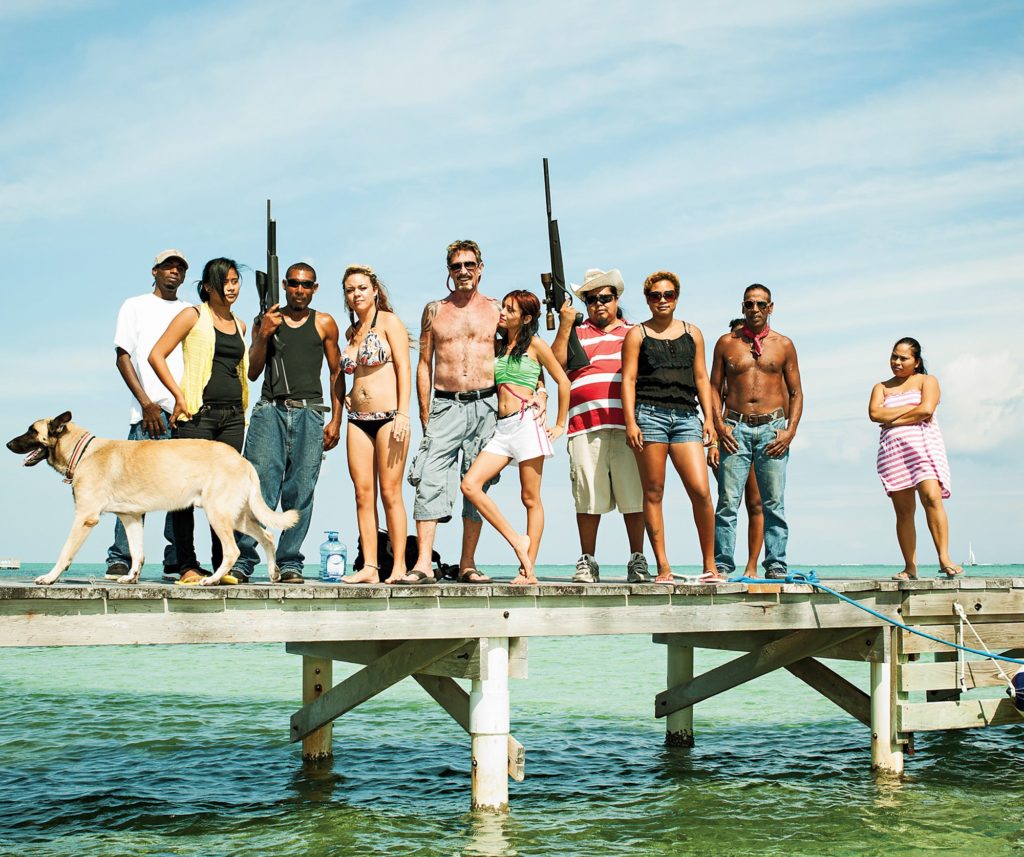 King of the Jungle

Over 30 years ago, JOHN McAFEE ruled the tech industry by creating the antivirus software that eliminated the world’s very first computer virus (which he also created). Despite his success and wealth, McAfee became restless and cashed out his fortune, moving to an isolated island off the coast of Belize.

Flash forward to the present, where Wired Magazine investigator ARI FURMAN accepts what he thinks is a mundane assignment to interview McAfee, filled with armed guards, scantily clad women, questionable business pursuits and a lab that he uses to perfect a natural antibiotic he claims can save the world. Ari soon finds himself on the run when McAfee comes under suspicion of killing his neighbor.

You wouldn’t believe it, but most of this is actually true.