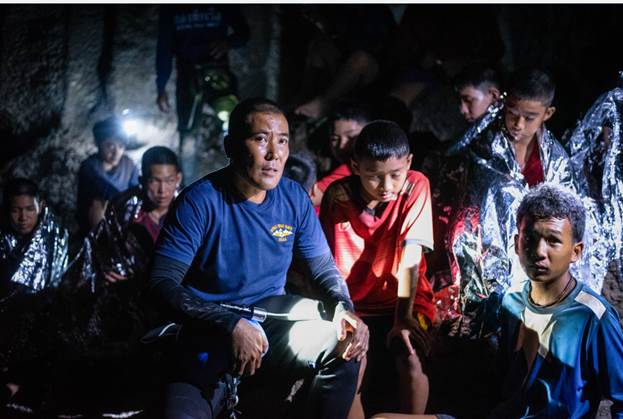 When a sudden monsoon sent raging waters in to flood the cave, the 12 boys and their coach found shelter on a narrow ledge above the waters where they huddled together not knowing if it was night or day, or if they would live or die.

Ten days later, when a British diver from the rescue team surfaced from the dark waters, they were seized by an intense relief.

But the way out was not easy and they were forced to remain trapped in the dark, dank, sweltering cave for a further seven long days before they were finally saved.

Based on true events, THE CAVE is a drama of life-and-death decisions, selfless determination and sacrifice, unprecedented international cooperation, and a triumphant outcome against all the odds.