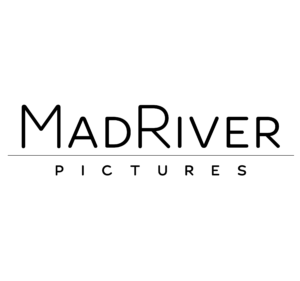 MadRiver Pictures is a leading production, finance, and international sales company founded by industry veteran Marc Butan. Since the company’s launch in 2015, the experienced team at MadRiver Pictures has leveraged its relationships, creative vision, and distribution and finance expertise to establish MadRiver as a top destination for filmmakers and talent. With a distinctive ability to develop, finance, and produce, MadRiver works in both the independent and studio spaces, supporting director-driven projects across the specialty and commercial markets. In 2019, MadRiver entered the television development and production space as well, with projects at multiple networks.

In acquiring Adaptive Studios in 2019, MadRiver broadened its slate to include a wealth of film, television, and publishing titles. MadRiver’s deep library uniquely positions the company to adapt to industry changes and produce a wide-variety of compelling stories for theatrical, television, and digital releases. 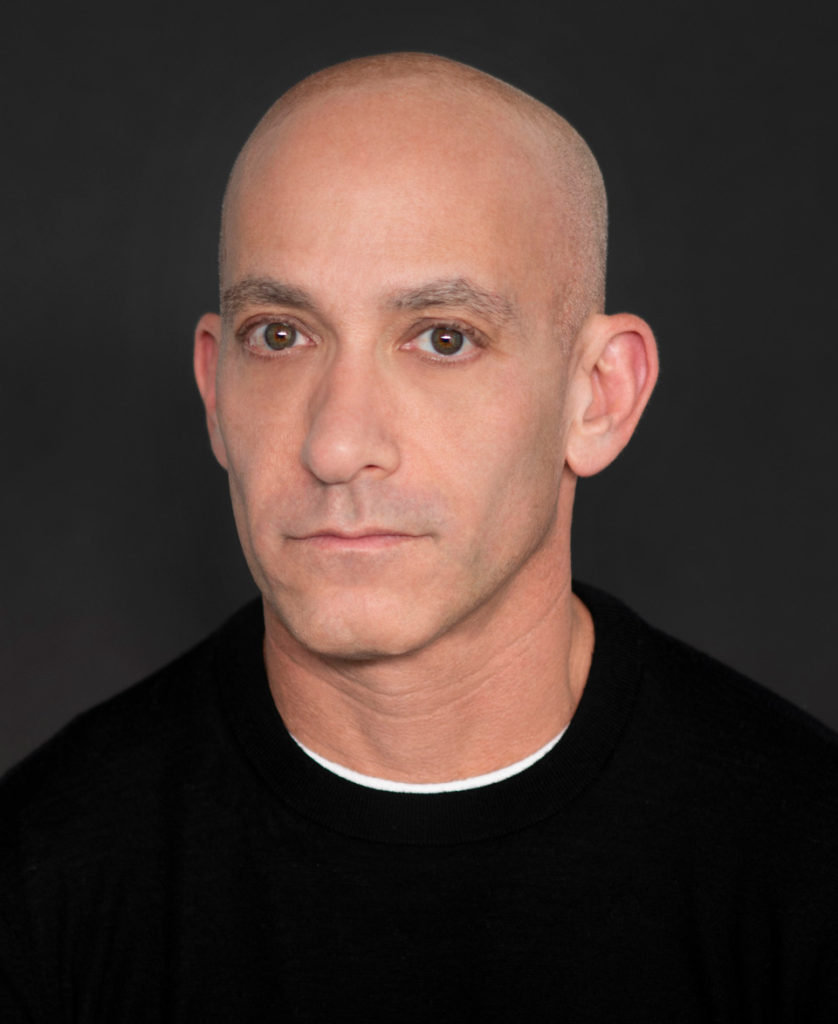 Marc Butan is the founder and CEO of MadRiver Pictures. Since launching the company in 2015, the industry veteran has positioned MadRiver Pictures to be a top destination for filmmakers and talent and top supplier for worldwide distributors and SVOD platforms. His recent productions include THE TRIAL OF THE CHICAGO 7, AD ASTRA, and upcoming films WORTH (starring Michael Keaton & Stanley Tucci for Netflix & Higher Ground Productions) and MY SON (starring James McAvoy & Claire Foy for STX). Prior to MadRiver, Butan worked at Annapurna Pictures where he helped set up its Panorama label, which developed a wide slate of films and handled sales dates on Annapurna productions such as ZERO DARK THIRTY, HER, and AMERICAN HUSTLE. From 2011 to 2014, Butan worked as an independent producer on films including Joe Carnahan’s THE GREY starring Liam Neeson and Andrew Dominik’s KILLING THEM SOFTLY starring Brad Pitt. From 2004 to 2009, Butan served as President of Mark Cuban’s 2929 Productions. Productions overseen by Butan at 2929 include George Clooney’s GOOD NIGHT AND GOOD LUCK, James Gray’s WE OWN THE NIGHT, and John Hillcoat’s THE ROAD. He was previously at Lionsgate Films where he served as Executive Vice President of Production.

Prior to his career in the motion picture production business, Butan worked in investment banking, first at Kidder, Peabody and Co. and then at Prudential Securities. At both firms, Butan was a member of the Media and Entertainment Investment Banking group. Butan graduated from The Ohio State University with a Bachelor of Science in Business Administration. Butan is married with three children and resides in Pacific Palisades. 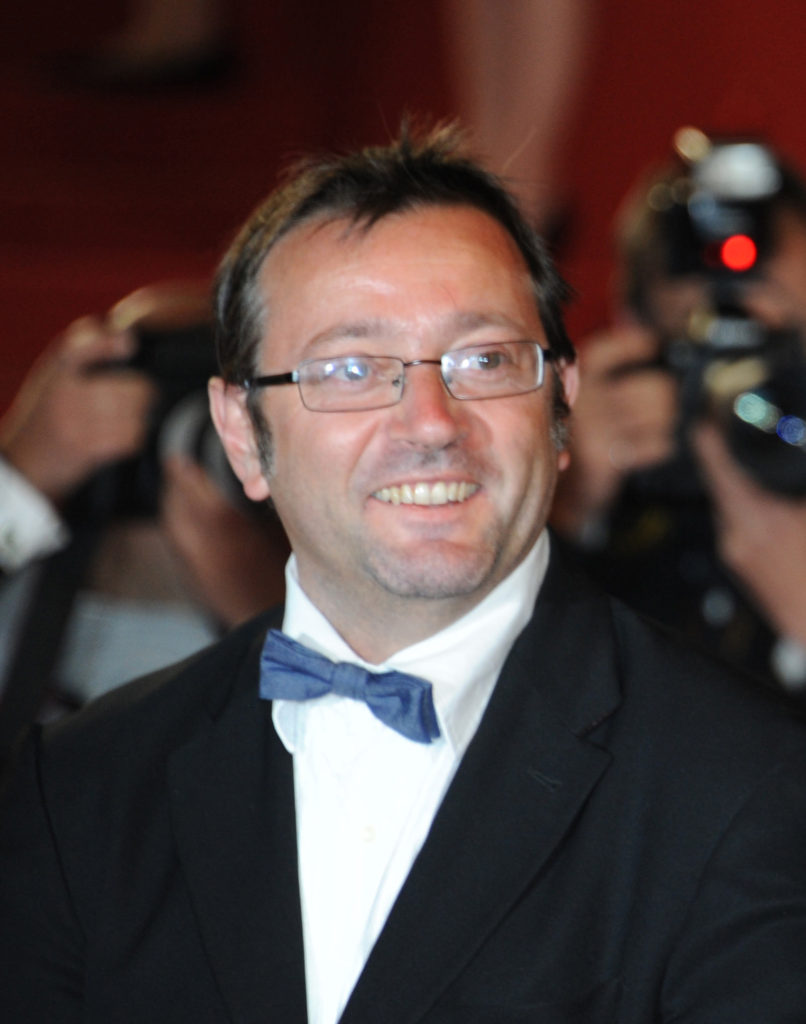 Vincent Maraval joined the international sales team of StudioCanal in 1996 after working several years for the French studio UGC. In 2002, he co-founded Wild Bunch where he produced and executive produced over 50 feature films including CITY OF GOD (Fernando Meirelles), THE WRESTLER (Darren Aronofsky), WIND RIVER (Taylor Sheridan) and Palme d’Or winner BLUE IS THE WARMEST COLOR (Abdellatif Kechiche).

Currently regarded as one of the strongest acquisitions and distribution executives in the world, Mr. Maraval has demonstrated an outstanding ability to identify and build lasting relationships with some of the most exciting internationally renowned filmmakers, including Ken Loach, Guillermo del Toro, Alexandre Aja, Hayo Miyazaki, Nanny Moretti, James Gray, Woody Allen, Darren Aronofsky and Zhang Yimou to name a few. 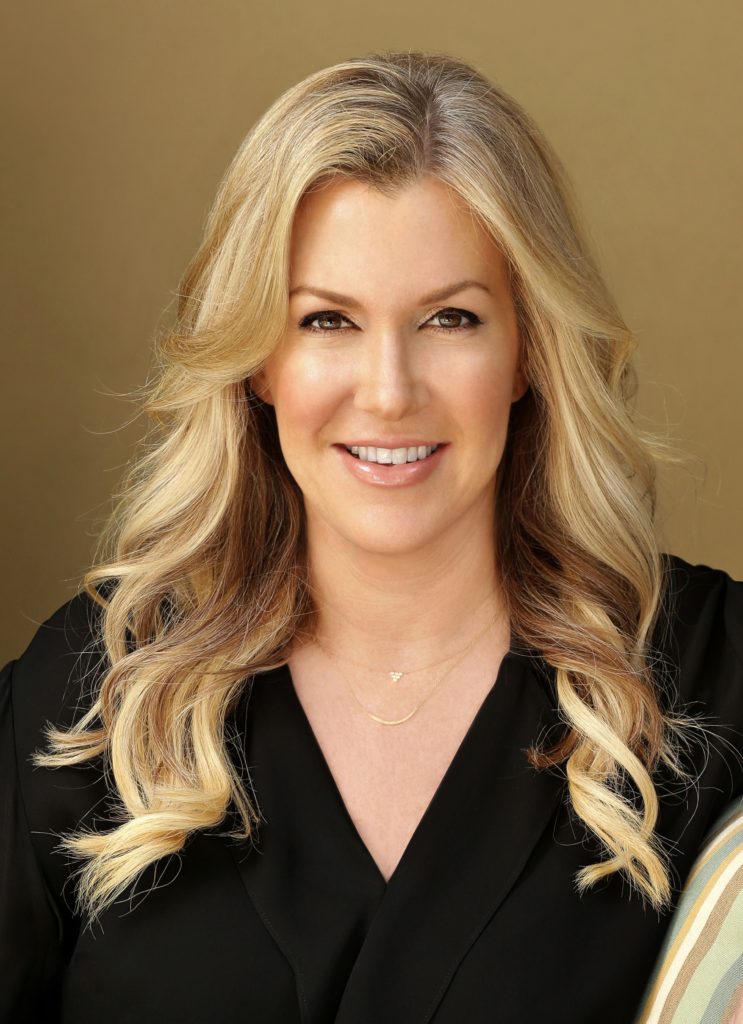 Kimberly Fox is a partner in MadRiver Pictures, and together with Vincent Maraval runs MadRiver International, a foreign sales joint venture between MadRiver and Wild Bunch International.  Recent MadRiver International titles include LAST LOOKS, starring Mel Gibson and Charlie Hunnam, Scott Z. Burns THE REPORT, THE FORGIVEN, starring Ralph Feinnes and Julienne Moore, and the upcoming animated THE SILK ROAD RALLY. In addition to MadRiver International, Fox also oversees Annapurna International, the sales arm to Annapurna Pictures.  At Annapurna, Fox handled multiple Academy Award nominated pictures VICE, starring Christian Bale, Amy Adams, Steve Carrel and Sam Rockwell and IF BEALE STREET COULD TALK directed by Barry Jenkins alongside the upcoming the Cate Blanchett starrer WHERE’D YOU GO, BERNADETTE directed by Richard Linklater.  Previously at Annapurna she handled Academy Award nominees ZERO DARK THIRTY, AMERICAN HUSTLE, HER, FOXCATCHER, as well as DETROIT from Kathryn Bigelow.  Fox was formerly the president of International Sales at Inferno International, where she sold such films as KILLING THEM SOFTLY, KILLER ELITE, and THE GREY and prior to her tenure at Inferno, Fox was executive vice president of International Distribution at QED International where she handled DISTRICT 9 AND W., among other films. 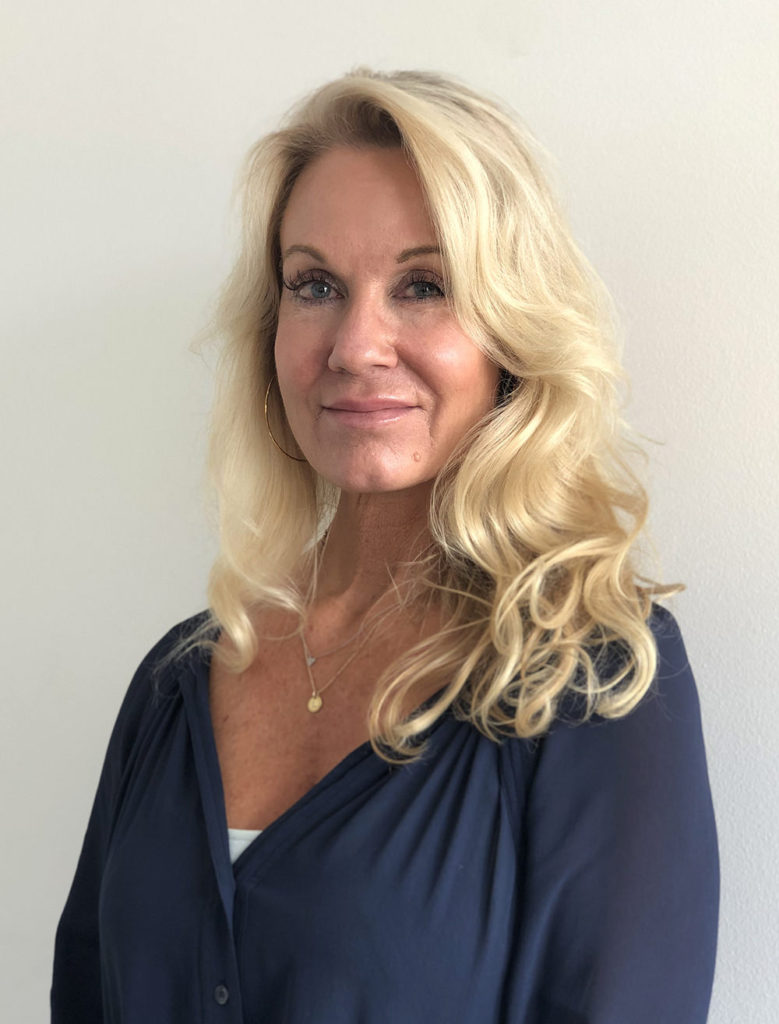 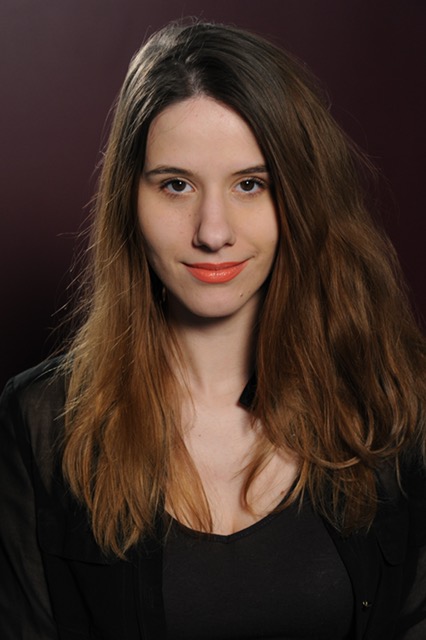 Noëmie Devide started her career at Wild Bunch in 2011 as Vincent Maraval’s assistant before joining the international department. She was handling sales for North America, France, Germany, Eastern Europe and Japan.

She joined MadRiver International sales team in 2016 where she is now working as SVP of sales.

Noëmie is also currently in charge of acquisitions, development and production at Wild Bunch. 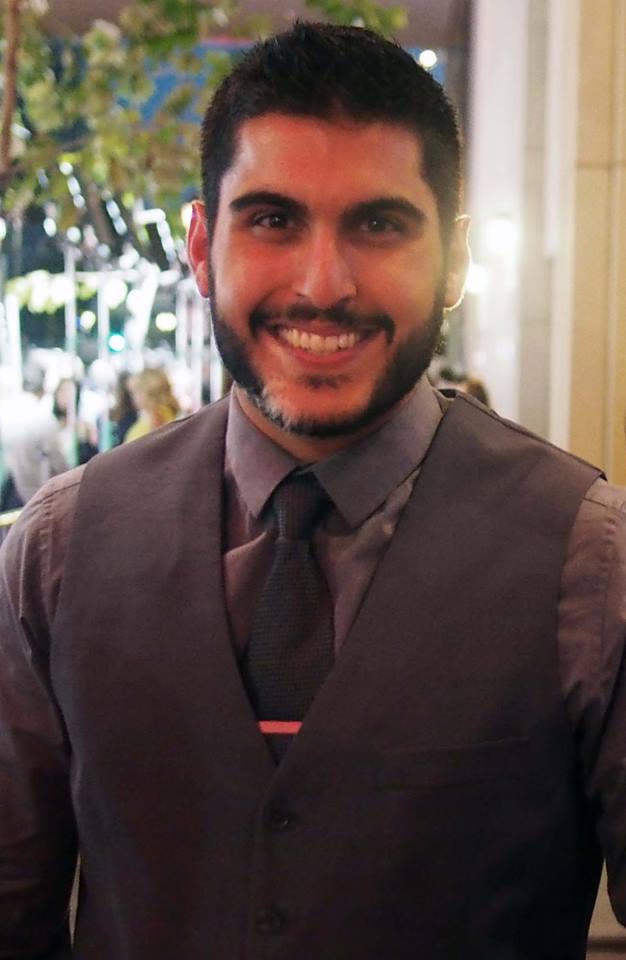 Arash Amirnezami is the Vice President of Finance at MadRiver Pictures.  Prior to joining MadRiver, Arash served as a finance executive at Endeavor Content, where he helped secure the newly minted division’s credit facility to allow them to efficiently finance their future production slate for projects such as WAYNE (YouTube Red), SEE (Apple+), and TOKYO VICE (HBO Max).  Before joining Endeavor Content, Arash was at Imageworks, Sony Pictures’ Academy Award winning motion picture visual effects and animations studio, where he managed the facility’s overhead and project pipeline.  Arash holds a Bachelor of Economics from the University of California, Berkeley. 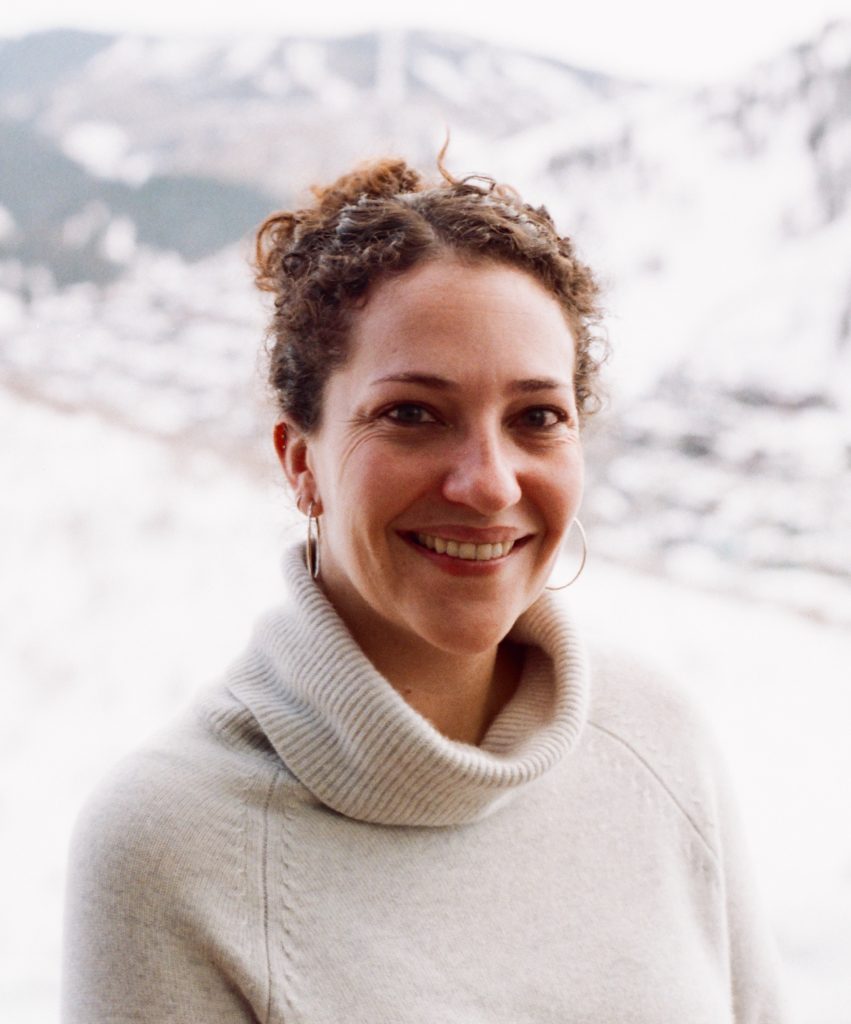 Emma Ago is the Director of Development for MadRiver Pictures. In this role, she is responsible for acquiring new material and developing projects, from conception through to production, as well as packaging material with talent, including directors and actors. Emma joined MadRiver in Spring 2018 from Imagine Entertainment, where she served as the Creative Executive for the Features team, participating in the development and production processes for films such as INFERNO, THE DARK TOWER, THE SPY WHO DUMPED ME, and HILLBILLY ELEGY. Prior to her role as Creative Executive, Emma had assisted Imagine’s President of Production and the Co-Head of the Motion Picture Literary Department at WME.

Emma received her B.S. in Interior Design from Cornell University and her M.A. in Film Studies from the USC School of Cinematic Arts. 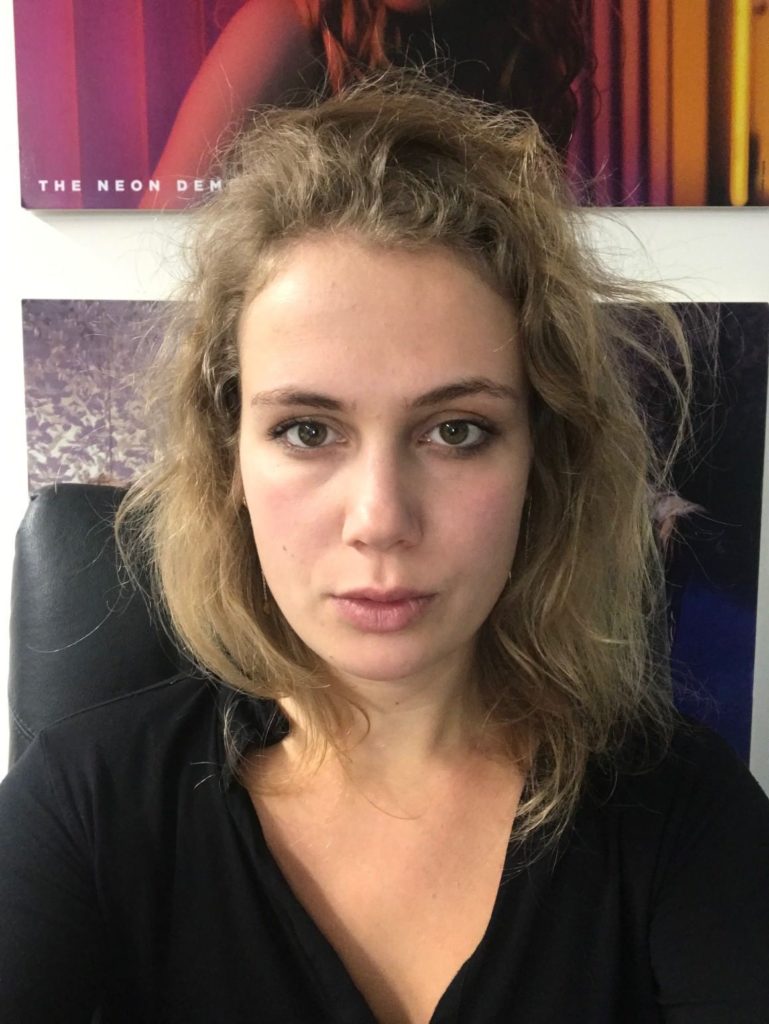 Livia studied History, Literature and Philosophy on a French preparatory course and was then admitted to Sciences Po Lyon. She graduated from the Political Science Institute of Lyon with a Master’s degree in International Cultural Exchanges in 2017.

Prior to graduating, Livia interned at Eurimages, the European fund for Cinema of the Council of Europe, and at Wild Bunch as a Festival and Sales assistant. Livia joined MadRiver International in January 2018 as an intern after delivering her Master’s thesis about Censorship in Contemporary Russian Cinema.

She was then hired in September 2018 as Vincent Maraval’s assistant, assisting with sales and acquisitions for both Wild Bunch and MadRiver International. 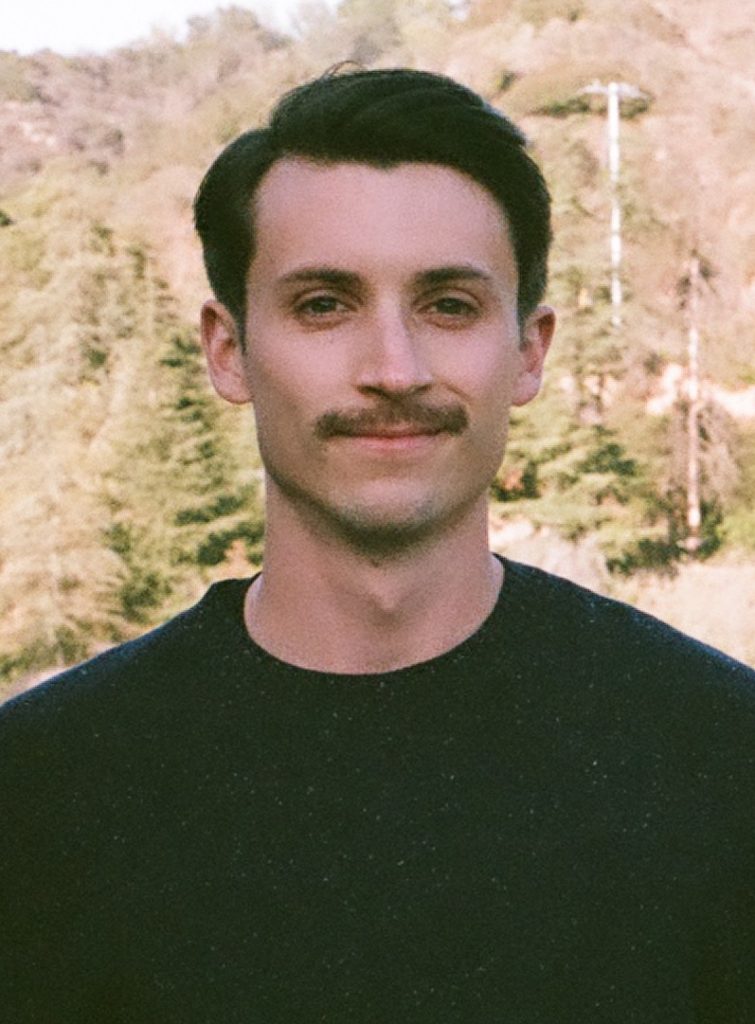 Prior to MadRiver, Evan worked for UK-based indie television studio All3Media. After working as the Executive Assistant to the CEO of All3Media America, he completed a yearlong secondment at All3-owned Objective Media Group in London. During his time at Objective Media Group, Evan worked on the development team for Story Films and acted as a researcher on the company’s documentary series GENERATION PORN for Channel 4. He also spearheaded the development of a docuseries that was put into funded development a Channel 4. Evan started his career in the entertainment industry as an assistant to a TV Literary agent at ICM Partners. He graduated from NYU’s Gallatin School of Individualized Study. Outside of work, Evan has volunteered teaching citizenship courses at the International Rescue Committee in Los Angeles and spent a month volunteering with refugee integration in Bergisch Gladbach, Germany. 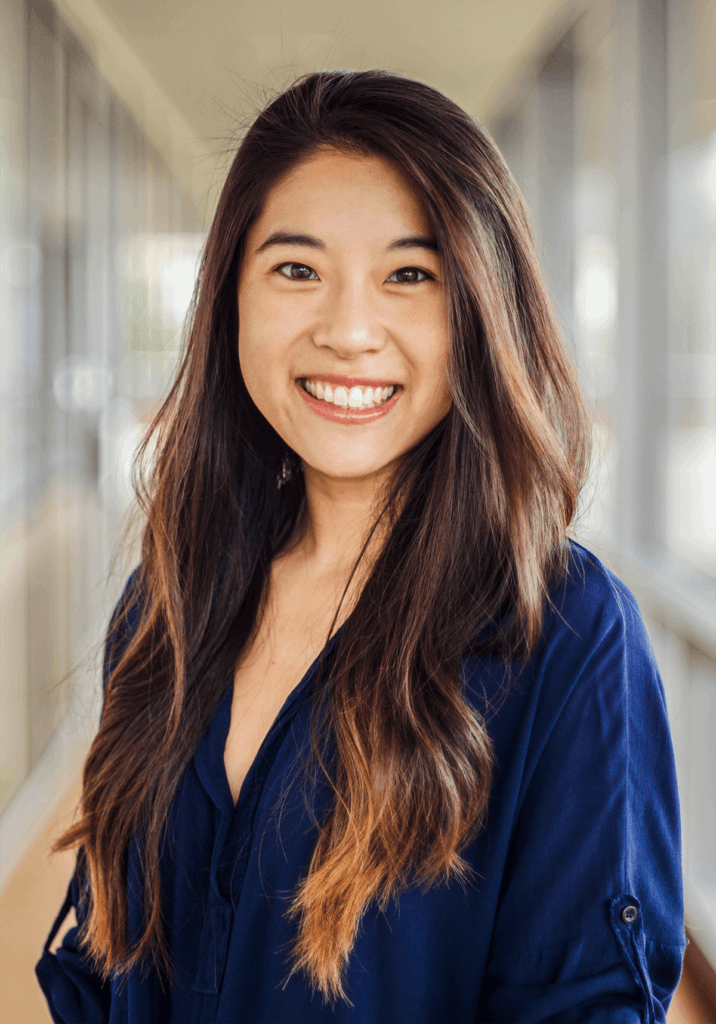 Kristin Yang is the Visual Designer for MadRiver Pictures.  In this role, she is responsible for designing all marketing brochures, corporate and pitch decks, grids, and logos, as well as managing the company’s social media pages.  During her time at MadRiver, she has spearheaded the design and launch of the MadRiver Pictures/ MadRiver International website. Previous to working at MadRiver, she worked in graphic design and marketing at tech startups.

Kristin received her B.A. in Cognitive Science, with a focus in Graphic Design, from Claremont McKenna College in 2019 and was a member of the Varsity Women’s basketball team.  She also studied abroad at the University of New South Wales Faculty of Art and Design in Sydney, Australia. 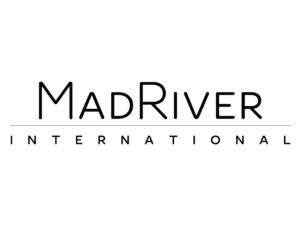 MadRiver International significantly supports MadRiver and its partners with meeting the budgetary requirements for productions by securing financial advances on distribution agreements. Additionally, with the intent to maximize profits throughout the life cycle of the film, MadRiver International pays close attention to selectively pairing each project individually with the best-suited distributors. MadRiver International and its team carefully balance immediate sales goals, with investment minded consideration in longer-term brand equity.